Sports as an art

Art is quickly growing, and also the understanding of art is quickly expanding. Understanding to the extend that, many of arts within cultures are now introducing as sports, and the same way many sports activities are now becoming part of the culture of arts.

That culture will again vanished without a future. Culture needed to be amending by seeing through them to make sure that things are in order and suitable to the system. Not just to suit the system of yesterday, decades, or centuries ago.

Africans have hundreds of arts that can be invented or implemented well as part of the art of sports but failing to make it happened and still classifying them as mere playing and also a childish games.

It seems the continents history of being poor is not just their economy but also in confidence. As an African and a typical Pan-African what I have realised is that, mentioning of self confidence, we have it, in terms of talks but not in terms of actions and works; which is very painful to hear but it’s also a fact.

Dozens of sports activities participating in the Olympic games are all arts and cultures coming from other nations from different continents and influenced by this people, to made it possible to be there and still making it possible to be outstanding. The martial arts, badminting,snow skate and the other skates, judo, Karate which recently is looking foward to be introduced as part of the Olympics etc. 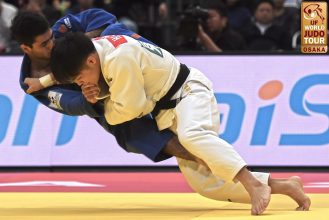 Sports of Judo which part of the martial art 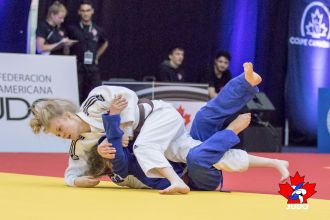 We should ask ourselves, if all these are welcoming as sports that is serving as huge income, and as employment, and also no more a childish games as some Africans will predict theirs, or not just a hobby, but serving as a full time employment with a strong economy backgrounds which the continent is facing it difficult to break through.

Then why shouldn’t the continent shape and implement its various arts as sports and forget about wasting money by sending people to competing in skate whiles most of our roads are rough, because skate are not rides on a rough grounds. It’s better to put measures on grounds very well before engage in such sports, that can give medals and victory. Not to waste money on certain things without nothing. That’s why the continent need to be creative and build up its own too for others to compete in the Olympics.

And also, no snow in Africa and even where the snow can be found is just once a while, maybe for years. It seems the continent is messing-up itself in the Olympics by contributing to other people to have fame and money.

The continent can learn all things and no problems about that, even, it is always good to learn different positive things from others.

But the fact is, Africa need to get to the top by it own histories. Africa have an art like the Ampe, as it is called in the Ghanaian language but may have other names in different African dialogues. This art is normally for ladies and it have been one of the most art of sport and exercise for ladies since the centuries; and this is fantastic to watch.

African skipping which is different from the way others play with skipping. This type of African skipping playing needs two persons to be handling on the edge and edge of the ‘skipping’ or the robe; for the participants to que and battling for the winner.

Chesk or the scrabble, which, Nigerians called it Ghana scrabble or the Ghana Chesk is also one of the best sports for men within the most areas of the African continent.

Well known in Ghana as Dame. This is more a ‘mental’ exercise game as the chesk or the scramble is. It helps the mind to think well, and there are some differences between this and the Chesk or the scrabble we know from the other side of the world.

Tumantu. This is also a kind of play which is also part of the art of sports and can be compared to the well known long jump or the triple jump, but the difference is that, the long or the triple jump is too raw and doesn’t have a lot of activities and qualities that can allowed one to showcase more of his or her styles or antistics; but the Tumantu is haven all these and its court of playing is also unique, even than the tennes court.

There are many more that can’t be mentioning and explain for now.

Why is it that all these are still not figured out and to make something out from them? Because the continent these sports happens to come from is Africa. I continue to ask whether it’s unfortunate that, all these wonderful exercises and games ended up in Africa? All the above stated exercises and games are performing in the Olympics, and happened to come from the other sides of the world. the Africa continent may be busy looking for the way forward to ‘break’ through by squandering millions of dollars without nothing. As we can witness in the other sports.

The continent don’t appreciates, regards and revives things they have but always regards only things coming from outside its world. And everything coming from Africa is not good. Though, not to all, but the truth is most Africans thinks that way. The things from outside the continent are always and only known as original.

Waiting for others to appreciate and recognised your achievements as continent? It is always good to be appreciating by others, but whenenever you wait for someone to appreciate your heritage, and efforts, alone, before you retentive that your heritage is your pride, and your effort is dued to endure; then you becomes a slave.

Africa should begin to do things by itself and also get the boosting by its people than to look forward, for a boosting from the other side of the world. No one out there is going to value or promote what you have or what you can do as a continent until you begin to be confident, creative and active towards them.

All those activities we are seeing in the Olympics, were not just picked to the Olympics, but they rather made them big through actions, determination, and also through hard work with creativeness. They were dedicated to them and also appreciated by themselves for the part of their world to recognised them before they reached to where they are today.

We have a lot to boost on and support, than to boost and support a dessert skate. We should all remember, that we can learn but not to copy, copying makes one a fake person.